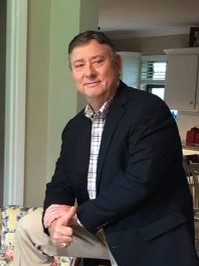 Brent Hugh Robinson, 63, passed away Saturday, September 4, 2021 in Decatur. Funeral will be 10:00 a.m. Thursday, September 9, 2021 at Oak Street Baptist Church. Burial will follow in Pioneer Cemetery under the direction of Morrison Funeral Home.

Brent was born August 27, 1958 in Graham to the late Wanda Jane (Parker) Robinson and Donald Wayne Robinson. He graduated from Midwestern State with a degree in Applied Science. Brent married Diana Marie Green, December 29, 1979. She preceded him in death on June 6, 1998. Brent was an employee of Air Tractor in Olney as a Machinist. Brent married Helen Gowens, June 26, 1999 in Graham. Brent was a member of First Baptist Church Newcastle.

Brent was preceded in death by a daughter, Amy Gowens in 2010.

Visitation will be Wednesday from 6:00 to 8:00 p.m. at Morrison Funeral Home.

Memorials may be made to First Baptist Church Newcastle or your favorite charity.

To send flowers to the family in memory of Brent Hugh Robinson, please visit our flower store.
Send a Sympathy Card