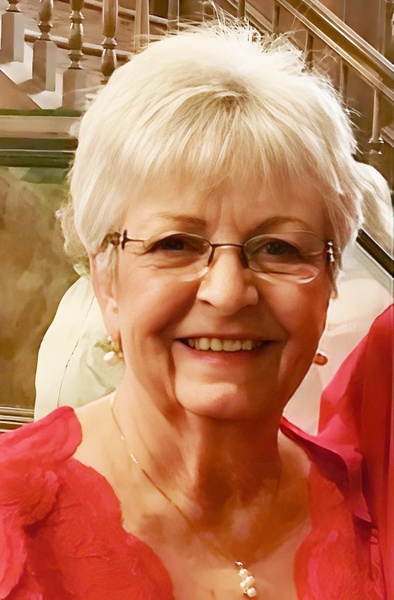 Alice Nann Hale Young was born to the late Jesse L and Ivy Belle Coker in Wichita Falls on November 1, 1944.  She was preceded in death by her late husband William Davis “Dub” Hale.  She later married Clint Young on April 15, 2017.  Nann was a talented dancer; she owned a ballet studio in high school and danced professionally for the Wichita Falls Ballet Company. When asked where she grew up, she would explain that she was from all over, having lived in many US states, Canada, Nigeria, and Venezuela.  She attended Howard County Junior College in Big Spring, TX, where she was voted Class Beauty, and Midwestern State University in Wichita Falls, TX, where she was on the Praetorianettes Drill Team.

Though her priority was family, she was passionate about serving others. Nann joined the Graham Hospital Auxiliary in 1974 and had over 13,000 volunteer service hours.  Early in this service, she led the Candy Stripers and served in several officer roles such as President and Vice President.  She was serious about service and was one of the founders of the Hospital Gift Shop that continues today to provide state-of-the-art equipment to the hospital and where she served as Chairman for 24 years, Chalupa Luncheon Chairman, and was presently serving on the scholarship committee. Nann was President of the Chautauqua Literary and Scientific Club (CLSC) from 2004-2006.  Following her CLSC presidency, she was Co-Chair of the Tour of Homes for several years, working tirelessly to make each tour successful in support of the Graham Public Library.  Additionally, she served the community through Meals on Wheels and Habitat for Humanity.

Nann was active in the First United Methodist Church of Graham for over 48 years serving and leading programs like the first Stephen Ministry class, providing food for bereaved families through the Samaritan team, sang in the church choir, served at Our Daily Bread, Friendship Meals, the Mexican Supper fundraiser, was a mission trip leader to Mexico and the Navajo Indian Reservation.  In memory of her father, Jesse L Coker, Nann founded the Graham Community Garden to provide fresh produce to those in need.

Nann was very social and made many beautiful friendships through her neighbors, supper club, country and western dancing, Sunday school class, Rotary Follies, Woman’s Club, Garden Club, and Graham Country Club Tennis League. She enjoyed card games and was competitive with Mah Jongg and bridge.  As a mother and grandmother, she always showed up for her girls and grandchildren and was a past President of Graham Girls’ Softball and softball coach, an avid fan of watching track, baseball, soccer, dance recitals, Alwana’s singing recitals, and all other activities and travel where they participated.

Nann enjoyed being with family and friends; she loved big and always told her loved ones, “I love you more.”

Memorials may be made to the First United Methodist Church or Graham Hospital Auxiliary.

To send flowers to the family in memory of Alice Nann Hale Young, please visit our flower store.