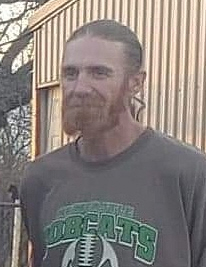 Andy Barnes, 43, passed away Sunday, April 12, 2020 at his residence in Graham, TX.  A Memorial service will be announced at a later date.  Arrangements are under the direction of Morrison Funeral Home.

Andy was born July 14, 1976 in San Antonio, TX to Karan Mercer Bradshaw and James Barnes.  Andy was a self-employed mechanic and worked for Graham Livestock Auction. He enjoyed tinkering with things and helping others in any way possible.

Andy was preceded in death by his mother Karan Bradshaw and brother Cody Wayne Bradshaw.

To send flowers to the family in memory of Andy Barnes, please visit our flower store.
Send a Sympathy Card