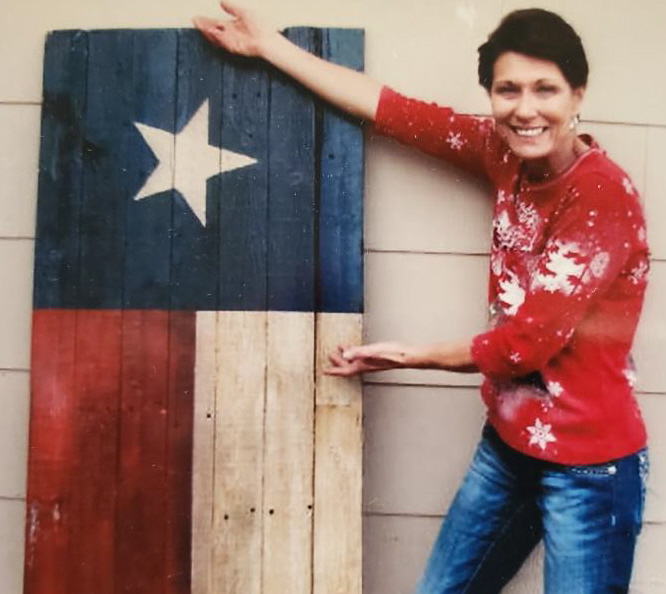 Angi was born November 14, 1956 in Graham to Don and Barbara (Ford) Eason. She married Michael Shifflett June 5, 1976 in Graham, TX. Angi was co-owner of Miracle Glass and Mirror and was a member of Salem Crestview United Methodist Church and the Girl Scouts.

Angi loved pursuing her artistic endeavors creating unique pieces for family and friends. She was especially proud and skilled at cross-stitch, creating intricate items for engagements, birthdays, weddings and children. She was happiest working in her garden and yard. Angi inherited a green thumb from her Nanny Ford, and was tireless in the pursuit of creating an oasis in her backyard that served as the backdrop for most family occasions.

Memorials may be made to Young County Humane Society.

To send flowers to the family in memory of Angela Kay Shifflett, please visit our flower store.
Send a Sympathy Card