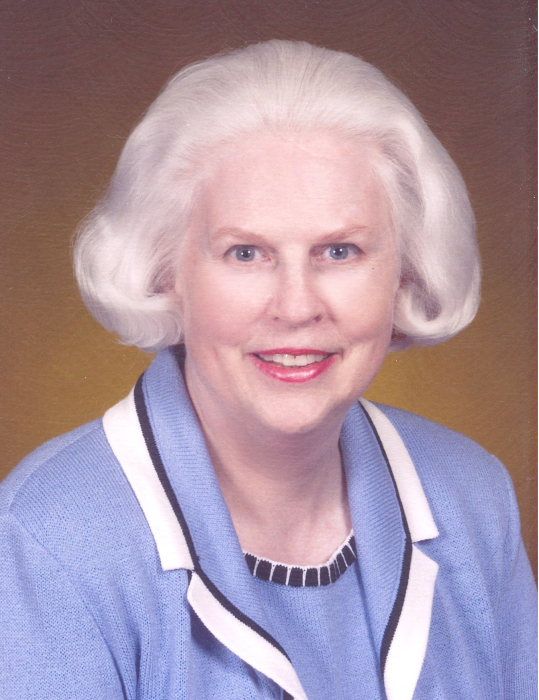 Ann was born on July 7, 1940, in Dallas, Texas, but she soon moved to her forever beloved Austin, Texas, where she and her sister grew up under the watchful eyes of the late John H. Chiles, Jr. and Lillian Amman Chiles.

Friends remember Ann as super smart and super fun. She was a graduate of Austin High School and earned her B.S. from the University of Texas at Austin in 1962. At UT she was a member of the Pi Beta Phi sorority and enjoyed that affiliation, as well as The Junior League (Houston and Jackson, MS), for many years.

After graduation from UT, Ann was a math teacher in Dallas and then Houston. She married Edwin Smith Graham, III on June 22, 1968. They lived for several years in New Orleans before settling in Jackson, Mississippi, where they lived until 1979, when they moved to Graham, Texas.

In Graham, Ann was active in church leadership as both Treasurer and Organist for Holy Spirit Episcopal Church. She served many years on the board of Graham Regional Medical Center and was a weekly volunteer for many organizations, including Meals on Wheels.

Ann embraced life. She was artistic and had a great eye for all things beautiful. She was a fabulous cook and loved to entertain in their home. She was a prankster with a great sense of humor. She was a woman who loved her family fiercely. She also loved going to the movies and to plays, drinking Coke Slurpees, cheering for the University of Texas, spending time with her life-long friends, and traveling. She was not so fond of Possum Kingdom Lake and animals.

A memorial service will be held on Sunday, September 29th at 3 PM at the First United Methodist Church in Graham with Dr. Ben Disney, pastor, officiating. Arrangements are under the direction of Morrison Funeral Home.

In lieu of flowers, the family requests memorial gifts be made to the Meals on Wheels, 825 Fairview Street, Graham, TX 76450.

To send flowers to the family in memory of Ann Chiles Graham, please visit our flower store.
Send a Sympathy Card