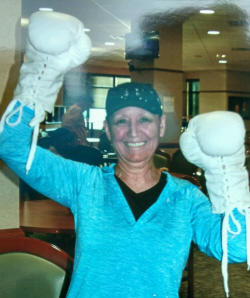 Barbara Martinez, 60, passed away Sunday, December 18, 2016 in Graham. A Graveside funeral will be held Wednesday, December 21, 2016 at 11:00 a.m. at Center Ridge Cemetery. Arrangements are under the direction of Morrison Funeral Home.

Barbara was born April 16, 1956 in Mexico. She was a longtime resident of Graham and an employee of Media Recovery. She was a member of Morningside Baptist Church. She was strong in her faith and in her love for her savior Jesus Christ.

To send flowers to the family in memory of Barbara Martinez, please visit our flower store.
Send a Sympathy Card