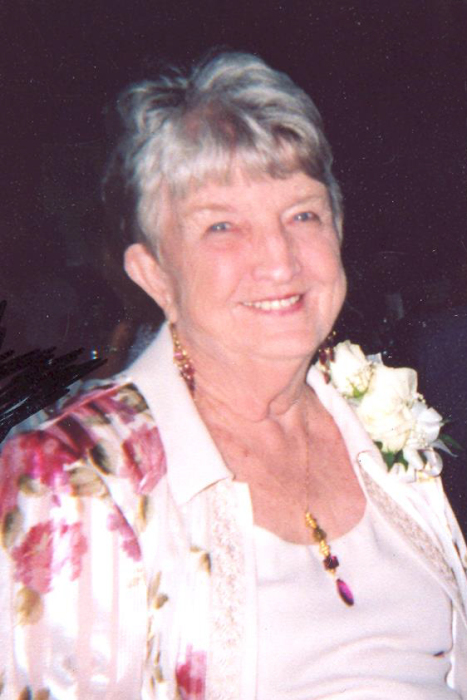 Beatrice Evangeline Caler Vespaziani passed away from this life June 30, 2017 at age 91 years and 10 months. Bea was born in New Sheffield, Pennsylvania August 20, 1925 to Lloyd and Grace Caler who predeceased her. She was married September 16, 1943 to Albert Vespaziani in Chester West Virginia. They were married 52 years until Al passed April 2, 1995 in Waxahachie, Texas.

Bea was a polio survivor from the epidemic that occurred in 1950 two years prior to her daughter's birth Her left side completely paralyzed, she regained control by therapy at home performed by her husband under direction of the physicians. As a youth, she played in the West Aliquippa High School orchestra with Henry Mancini who later moved to California and became an infamous composer. Possessed with a magnificent voice as a coloratura soprano, she was a member of a gospel trio named The Blair Sisters Trio. The Trio took part in radio programs in the Tri-State area (Pennsylvania, Ohio, West Virginia) and on mission programs over a Japanese radio network. The singers representedPennsylvania in the first Gospel Singers Convention June 24, 1961. The Trio sang on stage with Red Foley, a singer, musician and radio and TV personality at the Syria Mosque in Pittsburgh, Pennsylvania subsequently turning down a recording contract. Accomplished with voice, piano and viola, she could also drive a tractor to plant and harvest crops along with her late husband Al, she was a talented seamstress, could doctor all sorts of animals, all while raising her two children. She was involved in Grange, was a 4-H leader in multiple clubs guiding youngsters with their passions, Girl Scout Leader and a member of Eastern Star. She multitasked before it became the buzz word. In later years after relocating to Texas, she loved to follow the activities of her children, grandchildren and great grandchildren and google for goodies on her IPAD. Her unique personality endeared her to all her family and she is leaving a great hole in all their hearts.

The family expresses their heartfelt thanks to ALL the staff for her wonderful care as a resident at Garden Terrace and the Staff of Solaris Hospice. Too many to name, know that we appreciate and love each and everyone of you for the care you gave “Momma”. To use her words, we love you more.

To send flowers to the family in memory of Beatrice Evangeline Caler Vespaziani, please visit our flower store.
Send a Sympathy Card