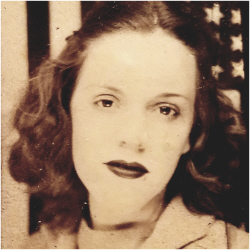 Bela O. Merriman passed away Sunday, May 7, 2017. Graveside services will be arranged at a later date. Arrangements are under the directions of Morrison Funeral Home.

Bela was preceded in death by her brother, Charles Bacon; sisters, Marie Ballard, and Helen Bacon; and son-in-law, Bill Duncan.

To send flowers to the family in memory of Bela O. Merriman, please visit our flower store.
Send a Sympathy Card