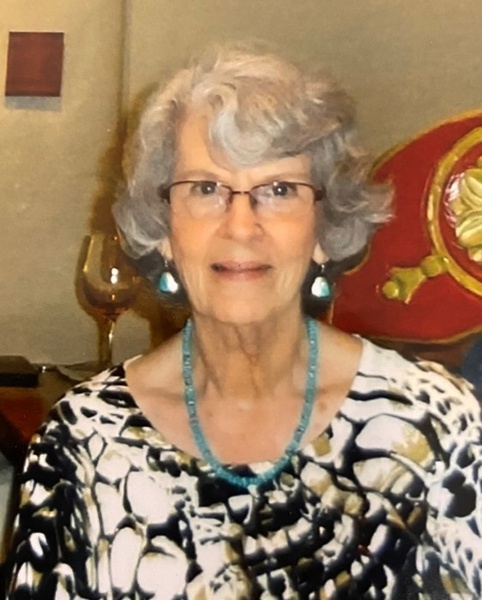 Beverly Ann (Paschall) Norman was received into the church triumphant on April 27, 2021 in Weatherford, Texas.  Memorial services for Beverly will be held Saturday May 1, 3:00 p.m. at Bethesda Methodist Church Cemetery in Parker County.  In case of inclement weather, services will be held at Bethesda Methodist Church across the street from the cemetery.

Beverly was born on March 5, 1936 to Kellis and Atrelle Paschall in the family home.  Beverly was a graduate of Canton High School and attended Tyler Jr. College until she met the Assistant County Agent that had been assigned to Van Zandt County.  Beverly and James Norman were united in Christian marriage on May 8, 1955 in Canton Texas.  James preceded Beverly in death on March 28, 2013.

Beverly and James shortly after marriage moved to Roby, Texas where James became the County Extension Agent.  It was in 1967 that the family moved to Graham, Texas.  Beverly worked in the home providing her very best for her family until she decided to seek employment outside the home.  She worked in the administrative office of the Graham Livestock Commission.  Beverly later became the Administrative Assistant at Woodland Elementary where she worked until her retirement. Beverly was a member of First United Methodist Church in Graham.

One of Beverly’s greatest loves was music.  She sang solos for numerous weddings and funerals in her lifetime and was always grateful to share her gift when requested. But first and foremost was her love for her husband and family, she truly offered her all in these most important relationships.

A very special word of thanks to the wonderful administrators and caregivers at Clear Fork and West Fork Assisted Living and Memory Care in Weatherford, Texas.

The family asks that all memorials to be given to the Music Ministry of First United Methodist in Graham, Texas.

Visitation will be held Friday from 3 to 5 p.m. at the funeral home.

To send flowers to the family in memory of Beverly Ann Norman, please visit our flower store.
Send a Sympathy Card