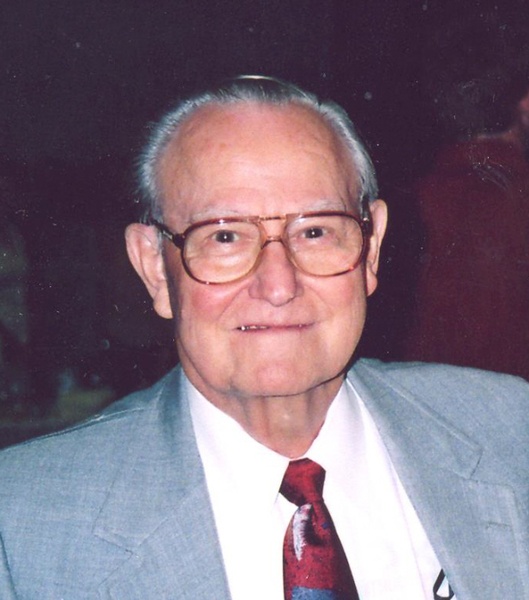 The family will receive friends at a visitation from 5 to 7:00 p.m. on Friday, August 2, 2019 at Morrison Funeral Home in Graham.  Funeral service will be Saturday, August 3, 2019 at 10:00 a.m. in the First Baptist Church with Rev. Richard Segars assisted by Jerry Blake, officiating.  Burial will follow in Winn Hill Cemetery under the direction of Morrison Funeral Home.

Billy was born at home on January 21, 1928 in Graham to the late William Stewart Easter and Beulah Howard Easter.  His father died when Billy was three years old.  He and his two sisters were raised by their widowed mother with the help of their uncle Eli and aunt Carrie.  He graduated from Graham High School in 1945, then served two years in the U.S. Navy in 1946-1948.  He graduated from Texas Tech with honors in 1951.  He received his Master's degree from Massachusetts Institute of Technology in 1953.  He worked for Convair in Fort Worth and taught Electrical Engineering at Texas Tech for eleven years.    He attended Oklahoma State University for three years and earned his PH.D. in Electrical Engineering in 1969. He worked for Texas Utilities in Fort Worth and Dallas as a system fuel analyst for nearly eighteen years taking early retirement in 1987.  He then moved back to Graham in 1989 to help his sister, Dorothy care for their aging mother.

He married Joanna Garvey Easter on February 15, 1998 in Graham.  Where ever he attended church throughout his life, he sang in the choir and taught Sunday School.  He loved his study of the Bible, sharing that with everyone.  He and Joanna were very active in their church and loved the ministry with the youth of the community.  For ten years they opened and shared their home for teenagers to come to lunch once a week during the school year.  They would have a short devotional, wonderful meal and fellowship.  They shared a love for the ranch, their cattle and the time they spent working and fishing together.  Billy was also an avid collector of G. Harvey art.  His thoughtfulness, compassion and kindness touched many hearts through the years.  He was loved by all who knew him.

To send flowers to the family in memory of Billy Howard Easter, please visit our flower store.
Send a Sympathy Card