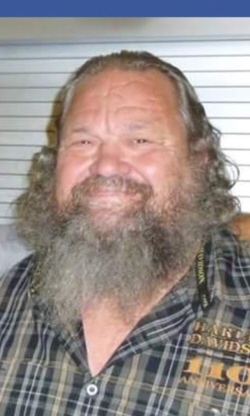 Funeral Services for Bobby Dewayne McGehee, 56, of Drummond, OK will be Thursday, December 22, 2016 at the Drummond High School Gym with Rev. Kyle Embry officiating.  A second service will be in Graham, Texas at the First Presbyterian Church, Friday, December 23, 2016, 2:00 PM with Dawayne Barnett officiating. Interment will follow in the Pioneer Cemetery in Graham, TX. The family will receive friends at the Ladusau-Evans Funeral Home from 6 to 7 PM on Wednesday, December 21, 2016. Visitation with family and friends in Graham, Texas will be Thursday, December 22, 2016, from 6 to 8 PM at the Morrison Funeral Home in Graham, Texas.  Bobby was born February 6, 1960 in Olney Texas, the son of Bobby Gene and Mildred Dene Holder McGehee. He passed away December 18, 2016 at his home in Drummond, Oklahoma.

Bobby was a graduate of Midway High School in Bluegrove, Texas in 1979. He was united in marriage to Lisa Willis on September 17, 1983 in Graham, Texas. They made their home in Graham, Texas where he worked for Waggoner Oilfield Supply for eight years. Bobby then accepted a position at Trident NGL where he worked until he was transferred to Tridents Rodman Gas Plant in Drummond, Oklahoma in 1995.He continued to work for various gas companies  at that location for twenty plus years ending with Mustang Gas Products.

Bobby enjoyed motorcycle trips and racing stock cars with friends and family, being involved with all the children within the Community (such as Boy Scouts) and playing Santa. One of Bobby’s biggest enjoyments in life was pestering and aggravating anyone and everyone who happened to be around. He had a very big heart and loved everyone.

To send flowers to the family in memory of Bobby Dewayne McGehee, please visit our flower store.
Send a Sympathy Card