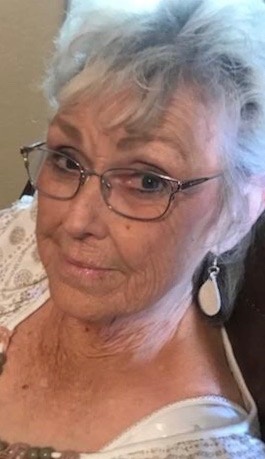 Carolyn Terasas, 74, passed away Wednesday, February 27, 2019 in Graham. A Visitation will be Monday, March 4, 2019 from 5:00 to 7:00 p.m.at Morrison Funeral Home. Graveside funeral will be 2:00 p.m. Tuesday, March 5, 2019 at Texas State Veterans Cemetery in Abilene, Texas. Arrangements are under the direction of Morrison Funeral Home.

Carolyn was born June 8, 1944 in Lubbock to Allie Belle (Rogers) Snider and the late John Edward Snider. She married Mike Terasas, November 6, 1965 in Lubbock. He preceded her in death on May 23, 2012. Carolyn was a former resident of Houston where she was an Insurance Broker for Cigna Insurance. She moved to Graham from Brownwood earlier this year.

Carolyn was preceded in death by a brother, Connie Edward Snider.

In lieu of flowers the family ask that memorials be given to, Remembering Wyatt Dale Water Safety, 126 Canyon Road, Graham, Texas 76450 in memory of Grandma Carolyn.

To send flowers to the family in memory of Carolyn Terasas, please visit our flower store.