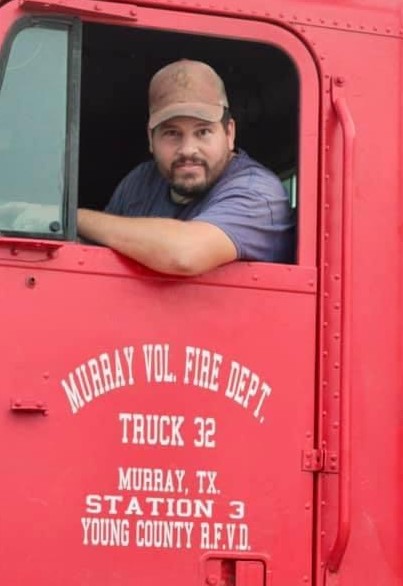 Carson Dalton Singleton, 33, passed away Sunday, September 12, 2021 as the result of a tragic accident at his home in Murray.

Carson was born May 25, 1988 in Olney to Vicky Lynn (Ratliff) Singleton and the late Dempsey Mid Singleton. He graduated from Woodson High School in 2006 where he was an active participant in FFA and Ag Mechanics. Following high school, Carson attended college at Tarleton State University, where he met and fell in love with the love of his life, Mary Jo, in 2008. He graduated college in 2010 with a Bachelor of Science Degree in Rangeland Management. Upon graduation, he was hired by the Natural Resources Conservation Service as a Rangeland Management Specialist.

Carson and Mary Jo’s love story continued as they joined together in holy matrimony on May 4, 2013. Fifteen short days later, the couple welcomed their pride and joy, Kyle Lane, into their family.

Of all the hats he wore, being “Daddy” was his calling. Carson loved sharing his love of farming and ranching with Kyle. Daddy’s influence is probably why Kyle’s first word was “bine”, short for combine. Together they spent countless hours in the cab of a tractor or combine in the short 8 years of Carson’s fatherhood. Carson taught Kyle how to drive pickups and tractors, fix flat tires, repair fence, wire trailer lights, back a trailer and anything else that might give him life skills that were necessary for farm-life. Carson was so proud of his son.

In April 2020, he obtained his dream job as the District Conservationist of the Breckenridge USDA-NRCS Field Office. Carson excelled at sharing his knowledge of conservation practices with local producers to better the world around us.

He was a proud and active member of the Murray Volunteer Fire Department for many years. He loved volunteering to help his community.

Carson was a beloved husband, father, son and friend to many. In fact, he was often late for supper, meetings, etc. because he was frequently stopped on the side of the road helping someone in need. His unexpected passing has left a hole in the hearts of those who loved him, but we rejoice knowing he is Home with his Lord and Savior, Jesus Christ.

He is preceded in death by his father, Dempsey Mid Singleton and uncle, Jim Terry Singleton.

In lieu of flowers, his wife asks that monetary donations be made in his memory to the Murray Volunteer Fire Department, P.O. Box 345, Graham, TX 76450.

The family will receive friends for a visitation at Morrison Funeral Home Chapel Friday evening from 6:00 PM to 8:00 PM.

To send flowers to the family in memory of Carson Dalton Singleton, please visit our flower store.
Send a Sympathy Card