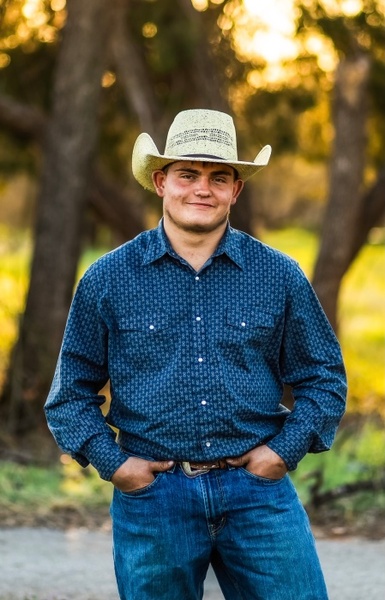 Cecil Ray Isham, Jr., 19, passed away Wednesday, April 14, 2021 in Stephens County. Funeral services will be held Tuesday, April 20, 2021 at 10:00 a.m. at Grace Baptist Church in Graham Texas. Burial will follow in Newcastle Cemetery under the direction of Morrison Funeral Home.

Cecil Ray was born December 10, 2001 in Graham to Vickey Deanne (Pendleton) and Cecil Ray Isham, Sr. He was a Ranch Hand and Welder. He grew up in the Young and Stephens county area and graduated from Breckenridge High school in 2020. CR loved to spend time in the outdoors whether it be on horseback, in a river noodling or sitting around a fire with family and friends. He worked at several of the sale-barns and surrounding area ranches. The one place you could find him during hunting season,which he loved to do,would be Ray’s Wild Game Processing working along side David and his crew where he worked 3 years ultimately becoming family. He was attending TSTC in Breckenridge to be a welder. CR was a Christian and was baptized at Grace Baptist Church. He attended First Baptist Church Breckenridge Tx. CR had a heart of gold and spent time making sure that everyone around him knew that they were loved and would do anything for them. He was preceded in death by his grandparents, Ward and Louann Pendleton and uncle Jeff Pendleton.

Visitation will be held Monday from 6 to 8 p.m. at the funeral home.

Memorials may be made to the Cecil Ray Isham scholarship fund and may be left at Morrison Funeral Home.

To send flowers to the family in memory of Cecil Ray Isham, Jr., please visit our flower store.
Send a Sympathy Card