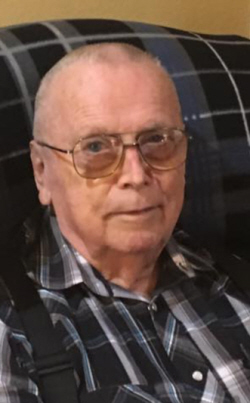 Charles Edward Hearne was born March 2, 1935, in Newcastle, Texas, to the late Liston Hearne and Mamie Alice (Moore) Hearne. Charles married Verneda L. Boyd on August 17, 1979 in Graham. She preceded him in death on July 24, 2011.  He grew up in Newcastle working with his family in their fruit orchards. Charles started working at the age of 15 and was never without a job. He enjoyed the people he met delivering feed to dairy farms, cleaning offices, mowing lawns and providing transportation to friends and others in need. He loved his Sunday School class at First Baptist Church in Graham and spoke of them often in the last few years. Charles was fiercely loyal to his family and friends. He worried about the safety of his children and spent many hours checking up on everyone. He was always ready with a smile and friendly greeting. He made many friends in the last three years in Frisco and always said "I believe that person is from Graham."

Visitation will be Wednesday 6 until 8 pm at Morrison Funeral Home.

Memorials may be made to First Baptist Church Missions.

To send flowers to the family in memory of Charles Edward Hearne, please visit our flower store.
Send a Sympathy Card