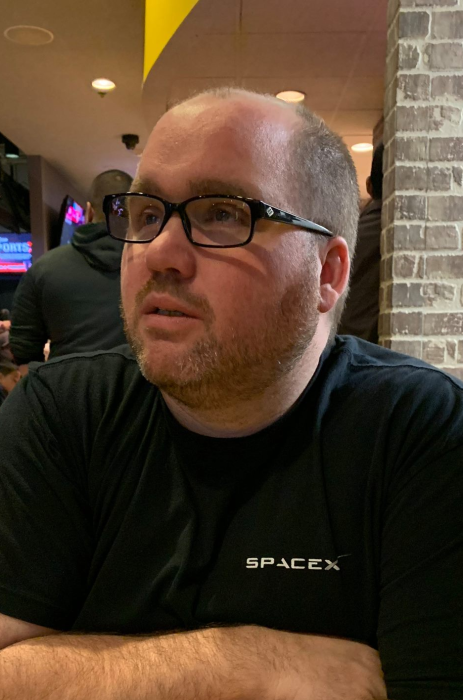 Charles was born in Long Beach, California, where he lived most of his childhood. He moved with his family to Graham, Texas, when he was thirteen. He graduated from Graham High School in 1999 and went on to obtain a Bachelor of Arts in Technical Theater from Tarleton State University in Stephenville, Texas. Charles moved to Chicago where he has lived the past fourteen years.

I don't think words will ever be sufficient to share the life of my brother. I have received an enormous outpouring of love and support from so many people. My brother was nothing if not loved and respected by every life he touched. The stories and photos that have been shared are a true testament to my brother’s heart and humor. I have received so many calls, texts, and messages from friends and coworkers of my brother. It is no surprise to me my brother was the life of the party, the constant supporter, an absolute genius in his work, and a true friend to those he loved. Although he lived across the country from most of his family, he always made sure he was there for all the important things. When he would come back to Texas, he never had enough time to see all the friends he had sprinkled across the state. When we last spoke, it was about his upcoming trip to Texas. He would have been home next week to spend the next month with us.

My brother was unexpectedly taken from us this past week. One never expects to lose a sibling, much less one at such a young age. My brother was just 39 when the one thing he hated most in life took him from us. He had so much more life to live and yet I can say he lived such a full life. He was surrounded by countless people that knew him, loved him, respected him, and considered him more than a friend but a part of their family.

We ask in lieu of flowers, you make a donation in memory of Charles Wright to the American Diabetes Association.

A celebration of life will be held on Saturday, November 14, 2020, at Morrison Funeral Home in Graham, Texas. We ask you wear your favorite Star Wars shirt to the service. We all know Charles would want us to laugh, smile, and enjoy our memories. We invite those who would like to attend to a meal after the service is complete.

To send flowers to the family in memory of Charles Michael Wright, please visit our flower store.
Send a Sympathy Card