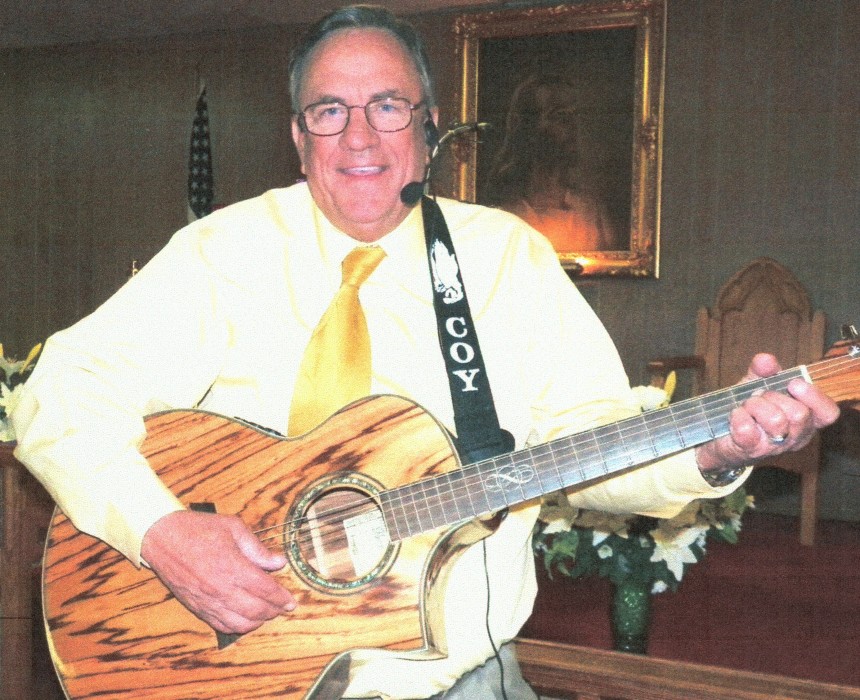 Coy Dwayne Willis, age 74, after a courageous 3-month battle with a lung illness, was welcomed to his eternal home by our Lord and Savior, with his sweetheart Kay, by his side on September 18, 2021. Funeral will be Wednesday, September 22, 2021 at 2:00 PM at Morrison Funeral Home Chapel. Burial will follow at Pioneer Cemetery under the direction of Morrison Funeral Home.

Born January 4, 1947, to Troy O. Willis and Lillie Mae Abney Willis in Brownfield, Texas, in a small three-room house, he joined the Army National Guard in 1964 and served for seven years and 6 months, receiving an Honorable Discharge as a Sergeant E-5.

Coy attended Lubbock High School and had continuing education at Boston College and Texas A&M University.
He worked various jobs until he accepted a job in Animal Control with the City of Lubbock, were he found one of his great passions…a love for animals. After Lubbock, he continued his career at Ector County and the City of Odessa as Animal Control Director. He then moved to the city of Midland to continue that same career path as Director of Animal Control until retiring after 23 years of service.

Coy married the love of his life, Kay Bishop Willis of Graham, Texas, on February 17, 2001. Coy and Kay then returned to Graham in 2007 and joined the Salem-Crestview United Methodist Church, where he was called to be a Lay Leader and music leader.

Coy served the Texas Animal Control Association for 20 years and the National Animal Control Association for 5 years. He was on the Executive Boards of Directors, an Executive Officer and served as President for TACA for 3 terms and President for NACA for one term. He also served on the Texas Department of Health Committees holding positions of Resource Advisors, Ad-HOC Committee, and assisted with the Maddie Fund. Coy participated with the Texas Humane Legislative Network, testifying on Animal Care Issues in both the Texas State Senate and Texas House of Representative Committees as well as a Resource Advisor and Telephone Action Group for many years. Among these associations, Coy also was Advisor on the Continuing Education Training Committee on Animal Control at Texas A&M University and on the Veterinary Technician Program Advisory Committee at Midland College. There are numerous organizations, committees, and associations he served proudly on to aid in educating, investigating, and legislating for animals. He was steadfast in his commitment and served with passion. He was a man of integrity in his field and respected and loved by many of his peers, making lifelong friends of many of those he served with. One of his greatest honors was having an award name for him in the Texas Animal Control Association known as the Coy D. Willis Outstanding Management Award given out at their yearly conference.

He had many hobbies. He was a founding member of a band called Midnight Stampede in Midland where they frequently played around town. He loved serving his church with Kay in any capacity needed. Over the years he played golf, tennis, and loved horses and fishing, especially with family. He loved feeding his birds with the many bird feeders in their back yard and watching the different kinds of visitors he received. He loved his family like no other. Family was a priority, and he was always available when needed by them. Probably his most favorite pastime was serenading his beloved wife Kay every evening at home. They were inseparable and their love for each other did not go unrecognized.

Coy is survived by his committed and loving wife Kay Willis, daughters Brenda and husband Roel Claessens of Haskell, Texas; Barbara and husband Fred Cates of Stanton, Texas; Bobbie and husband Richard Barksdale of Abilene, Texas and Joy and husband Roger Peterson of Camp Lejeune, North Carolina. He is also survived by his brother Jimmy Willis and sister Annette Willis Riggs and husband Ronnie Riggs, all of Post, Texas, as well as his special sister-in-law, Carolyn Rae Willis of Lubbock, Texas. Other loves in his life include April Fulwider, Rocky Tindle and Dusty Tindle, all of Midland, Texas.

Coy has left a wonderful legacy his many grandchildren and great grandchildren will be able to look back on and admire. He had a love so strong for each one and it will be a truly missed and irreplaceable gift they have enjoyed over the years. A very proud grandfather, indeed.
To honor Coy’s memory, in lieu of flowers, please make donations to the Humane Society of Young County, 120 Craig St., Graham, TX 76450.

Visitation will be Tuesday 6:00 PM to 8:00 PM in the Morrison Funeral Home Chapel.

To send flowers to the family in memory of Coy Dwayne Willis, please visit our flower store.
Send a Sympathy Card