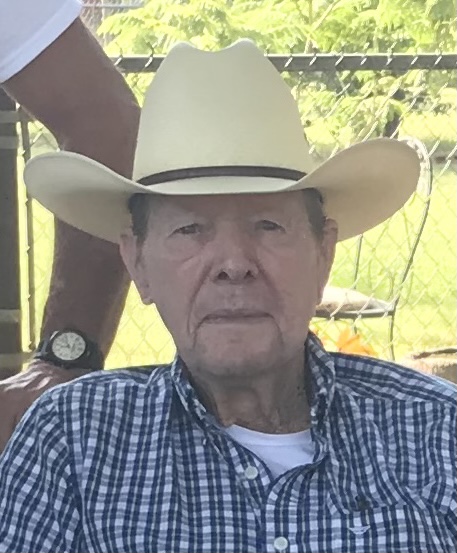 Dalton Dobbs, 85, died on April 22, 2021, at his home in Graham, TX. A graveside memorial service will be held Saturday, May 1, 2021 at 10am at the Pioneer Cemetery Gazebo under the direction of Morrison Funeral Home.

Dalton was born October 31, 1935 to the late Luther Dobbs and Yvonne (Barton) Dobbs in Graham, TX. On March 17, 1956 he married the love of his life Margaret Freeze after leaving his military service. He served in the Army from November 30, 1953 to November 29, 1955. Dalton and Margaret made their home in the area of Graham, TX. Dalton worked various oil field jobs and was a dozer operator, however his greatest joy was working as a cowboy. Dalton lived a life of hard work with the greatest of integrity and honesty. Dalton was a loving husband and he loved his family deeply.

To send flowers to the family in memory of Dalton Dobbs, please visit our flower store.
Send a Sympathy Card