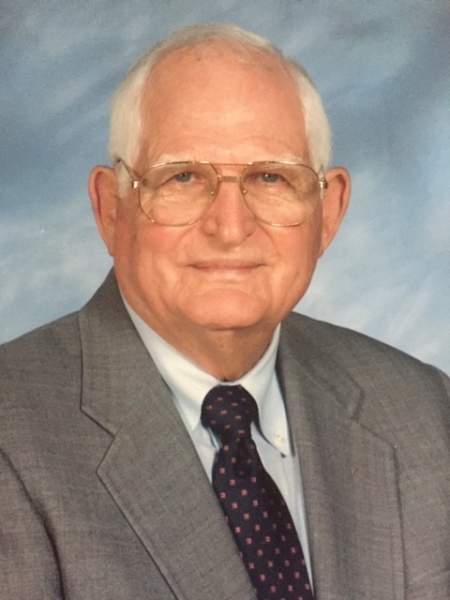 Dan David Dailey, Sr., 94, passed away Saturday, December 22, 2018 in Graham. A Memorial service will be held 2:00 p.m. Thursday, January 3, 2019 at Elmcroft of Graham. A Graveside service will be Saturday, January 5, 2019 at 1:00 p.m. in Dailey Community Cemetery in Grapeland, Texas.  The Family will meet at First Baptist Church Grapeland parking lot at 12:30 to go in procession to the cemetery.

Dan was born September 24, 1924 in Grapeland, Texas to the late Thomas Franklin and Elizabeth Nell (Kent) Dailey.  He attended high school in Grapeland, Schreiner Jr. College, and graduated from Texas A&M.  Dan was a Veteran of the Army Air Corps serving in WW II as flight engineer for the B26 Bomber.  Dan’s first marriage was to Sue Towery in 1944 and they had four children.  He later married Lorraine Jenny Sherlock in 1967 and she preceded him in death in 2017.  Dan was a member of Ascension Episcopal Church in Houston.  He was a retired Petroleum Engineer Executive for Gulf Oil, having traveled the world during his working career.  His final professional position was as a Consultant to Zapata Offshore Company.

Dan was preceded in death by a daughter, Deborah Kincaid and a grandson, Ryan.

To send flowers to the family in memory of Dan David Dailey, Sr., please visit our flower store.