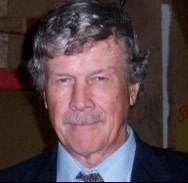 David Lee Cox, 81, passed away Monday, November 2, 2020 in Graham. Graveside services will be held Friday, November 6, 2020 at 2:00 p.m. in Pioneer Cemetery under the direction of Morrison Funeral Home.

David was born June 7, 1939 to the late Walter Leo and Angela Gail (Geram) Cox. He was a veteran of the United States Army and was a tool and die maker. He loved Ford Motor Company cars and enjoyed new electronic gadgets as soon as they became available.

He was preceded in death by sister, Kathleen DeWester and brother, Michael Cox.

To send flowers to the family in memory of David Lee Cox, please visit our flower store.