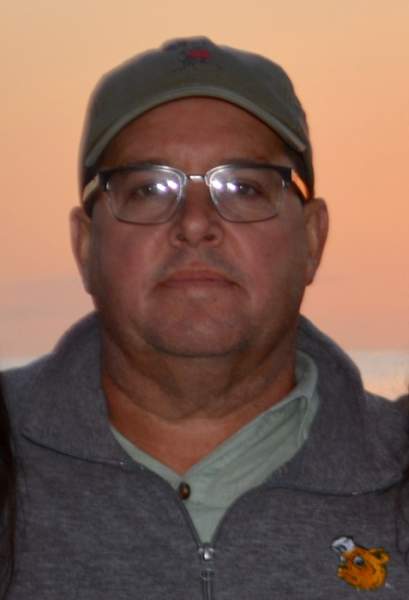 David Crowder Sanders, Jr., 53, passed away Thursday, September 13, 2018, at his home in Graham. Funeral service will be Monday, September 17, 2018 at 10:30 a.m. in Oak Street Baptist Church. Burial will follow Monday at 5:00 p.m. in IOOF Cemetery in Georgetown, Texas. The family will greet friends Sunday from 6:00 to 8:00 p.m. at the funeral home. Arrangements are under the direction of Morrison Funeral Home.

David was born January 10, 1965 in Abilene, Texas to Rhetta Biggs Sanders and the late David Crowder Sanders, Sr. He graduated from Georgetown High School in 1984 and completed his Bachelor of Science from Southwest Texas State University in 1990 and was a member of Kappa Sigma Fraternity. He was a graduate assistant at Midwestern State University from 1991-1992 where he met and married Meredith Rux, June 27, 1992 in Olney, Texas.

David began his coaching and teaching career at Hull-Daisetta High School in 1992. From 1993-1995, David coached football and baseball at East Bernard High School. As the assistant coach, the baseball teams won back-to-back UIL Class 2A Baseball State Championships. David moved to Graham in 1995 and has worked in many different capacities for the last 23 years. He coached football, track and baseball until 1999, but continued as a beloved, quick-witted World Geography teacher until 2010. In the fall of 2010, David began to work as the director of the energy and custodial programs for the school district and was eventually named Director of Operations for Graham ISD.

David had a passion for football and was a member of the Texas Association of Sports Officials- North Texas Chapter for the past 19 years and a part of the Austin Chapter from 1986-1990 and enjoyed Friday Night Lights and the camaraderie with his crew. He was a member of Oak Street Baptist Church and Loving Masonic Lodge #917.

David was most known for his love of spending time with his girls, especially watching their volleyball games, playing golf with them and taking them to college football games. Anytime David was around family and friends, he had everyone laughing with his ability to tell a great story. Last but not least, David had a servant’s heart with a strong work ethic. When anything needed done, David was always more than willing to help anybody and everybody out.

The Family suggests that memorials be made to the Gift a Camper program at T Bar M Camps. It gave David such joy to take his girls and pick them up from camp each year. T Bar M had a huge impact on his girls’ lives, and David would love to help make that opportunity available for more kids.

In the comments box, put “In Memory of David Sanders”

To send flowers to the family in memory of David Crowder Sanders, Jr., please visit our flower store.