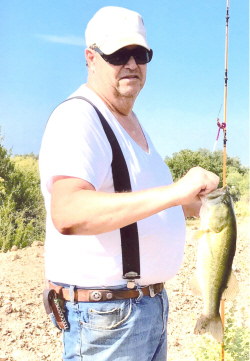 Dennis Ray Hawkins, 67, passed away Wednesday, October 18, 2017 in Graham. A memorial service will be held Monday, October 23, 2017 at 11:00 a.m. at Morningside Baptist Church. Arrangements are under the direction Morrison Funeral Home.

Dennis was born April 28, 1950 in Graham to Dennis McHenry Hawkins and Olive Ruby (Blaxley) Hawkins. He married Susan Singleton, March 3, 1972 in Graham. Dennis was a carpenter and a lifetime resident of Graham. Dennis loved the outdoors, hunting, fishing, and spending time with his grandkids. He enjoyed making knives and building projects around the house.

Dennis was preceded in death by his father Dennis M. Hawkins.

To send flowers to the family in memory of Dennis Ray Hawkins, please visit our flower store.
Send a Sympathy Card