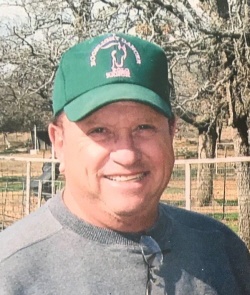 Donald "Duke" Frank, 76, passed away Tuesday, January 23, 2018 in Fort Worth with his daughters by his side.  A Celebration of Life will be scheduled at a later date.

Donald was born October 27, 1941 in Fort Worth to the late Harold F. and Sara Frank.  He was a lifelong resident of Graham, graduated from Graham High School and attended Texas Tech University. He was known as "Duke" by most of his friends, a nickname given to him in 7th grade by Coach J.D. Burke because of his infectious personality and gentlemanly ways. He was the owner of Graham Iron and Salvage for many years. He had passion for horses and loved spending time on his ranch and visiting his granddaughters.

The family asks that any memorials be made to your favorite charity in Duke's memory.

To send flowers to the family in memory of Donald "Duke" Frank, please visit our flower store.