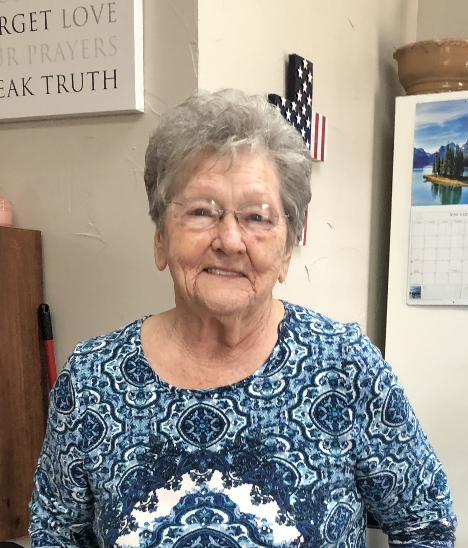 Dorothy Fowler Chestnut born January 12, 1932 age 89 gained her wings on October 24, 2021.  She was born and raised in the Mineral Wells/Progress Community along with 6 brothers and 2 sisters.  Arrangements will be with Morrison Funeral Home in Graham and graveside services will be at 11:00 a.m. in Finis Cemetery on Thursday, October 28, 2021.

Dorothy married Oran B Chestnut on December 31, 1979 and moved to B’s farm in Graham and they lived happily raising animals, keeping grandkids, and attending Country Road Fellowship Church where she worshiped and played the piano until B’s death on November 28, 2016.  After his death she moved to Sonora to live with her son and daughter in law until her passing.

She was preceded in death by her parents, husband B, daughter, Mary Louise Moren, one great grandson, six brothers, and one sister.

Visitation will be held Wednesday from 5 to 7 p.m. at the funeral home.

To send flowers to the family in memory of Dorothy Fowler Chestnut, please visit our flower store.
Send a Sympathy Card