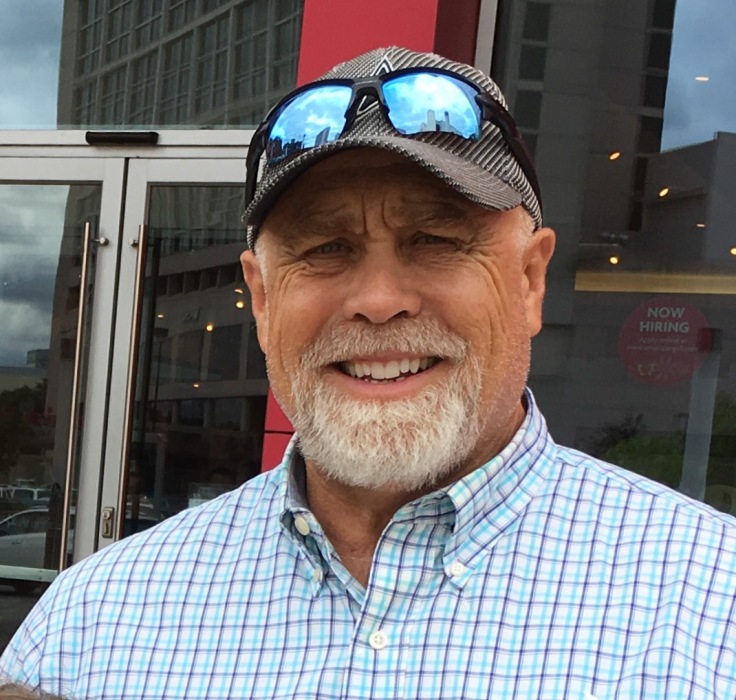 Douglas Wayne Roberts, 65, passed away Thursday, September 16, 2021, at his home in Gordon, Texas after battling kidney cancer for the last year. Funeral services will be held Tuesday, September 21, 2021 at 11:00 a.m. at the Sundance Club Pavilion at 7-R Ranch in Gordon, Texas. Burial will follow at 4:00 p.m. at the Loving Cemetery in Loving, Texas under the direction of Morrison Funeral Home located in Graham, Texas.

Doug was born June 13, 1956 in Odessa to the late Alwin Wayne Roberts and the late Glenda Rhea (Drennan) Roberts. He married Lyn Wright on December 29, 1979 in Winters, Texas. Doug was a retired insurance adjuster having worked in the field for over 30 years.

Doug was the first-born son to Wayne and Glenda, and the first grandchild on both sides of the family. He was uniquely gifted to be the oldest brother and had a special relationship with his three brothers, each of whom he dearly loved.

Doug was a faithful husband, devoted dad, loyal friend, and committed Cowboys fan. He loved his wife Lyn for almost 42 years, and he celebrated their cross-country travels and treasured time watching sunsets together in their retirement at 7R Ranch. Doug deeply valued family and was a rock for his daughters. Doug and Lyn welcomed many of the girls’ friends into their home, and shared Jesus through his generosity, playful kindness, and hospitality. Doug was grateful for many special friendships. He enjoyed his biannual campout trips to the Wichita Mountains, golf trips to California, and the relationships he built through the Lake Palo Pinto Volunteer Fire Department. He was grateful for his church relationships, serving with many friends over the years at Sixth & Jackson Church of Christ and at Gordon Church of Christ. Following the example of Jesus, Doug considered everyone he met a friend.

He loved the Lord, loved people, and sure loved his grandchildren. His grandkids called him Bear, and he enjoyed that role in every way. He loved supporting his grandchildren at their sporting events, school programs, and any time he got to spend with them. He shared his love of football with his grandchildren as he cheered on the Cowboys faithfully and maybe a little fanatically.

Doug faithfully trusted the Lord throughout his life and recently shared his favorite passage from the Bible was all of 1 John. 1 John 1:7 “But if we walk in the light, as he is in the light, we have fellowship with one another, and the blood of Jesus, his Son, purifies us from all sin.”

He was preceded in death by his parents and his brother, Randy Roberts.

Visitation will be held Monday from 6 to 8 p.m. at their home in 7-R Ranch.

Memorials in Doug’s honor may be made to Foster’s Home for Children in Stephenville, Texas or Community Animal Rescue Effort (C.A.R.E.) in Mingus, Texas.

To send flowers to the family in memory of Douglas Wayne Roberts, please visit our flower store.