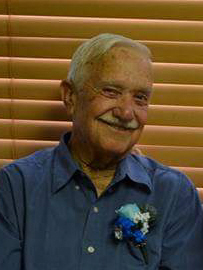 Doyle Mayes, 83, passed away Saturday, January 12, 2019 in Graham. Funeral services will be Wednesday, January 16, 2019 at 2:00 p.m. in the First Baptist Church in Graham. Burial will follow in Pioneer Cemetery under the direction of Morrison Funeral Home.

Doyle was born April 18, 1935 in Graham to the late Lacy Sedden and Addie (Shifflett) Mayes. He married Lottie Houser September 3, 1955 in Graham. Doyle was a Machinist for 380 Machine and Welding. He was an active member of the First Baptist Church in Graham. Doyle enjoyed fishing, bowling, and playing washers in his backyard with family. He loved to watch his grandchildren, great-grandchildren, and great-great grandchildren participate in all of their activities. He took pleasure in sharing stories at the kitchen table with all of his loved ones. He was a loving, devoted husband to Lottie and would never let her do anything that he was capable of doing for her. Doyle was a caring grandfather who cherished having an active role in raising all of his grandchildren, great-grandchildren, and great-great grandchildren and will leave a legacy that will accompany them for life.

He was preceded in death by a son, Allen Doyle Mayes in 2010 and two brothers and one sister.

To send flowers to the family in memory of Doyle Mayes, please visit our flower store.
Send a Sympathy Card