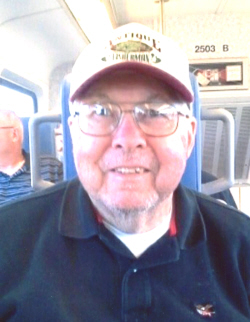 Edward C. Dowling, 78, passed away Monday, March 27, 2017 in Graham.  A memorial service will be scheduled at a later date in Carlsbad, CA.

Edward was born June 9, 1938 in Bell, California to the late Charles Dale and Mae Edith (MacCourt) Dowling.  He married Nancy Carol Bowen December 5, 1959 in Vista, CA..  Edward worked as a milkman in Vista, California, he later went into food service sales for 32 years.  After retirement he moved to Carlsbad, California where he was a model setter for Legoland where he was known as "Mayor of Miniland" in Carlsbad, CA.

To send flowers to the family in memory of Edward C. Dowling, please visit our flower store.
Send a Sympathy Card