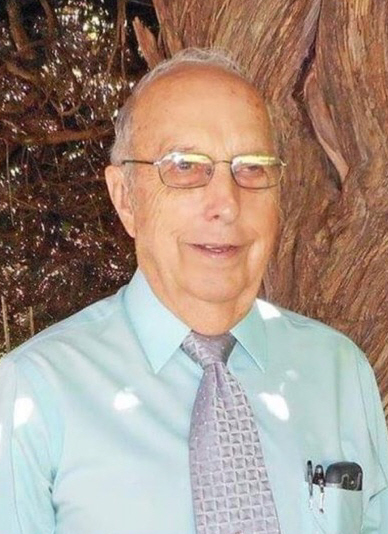 Eli Borden was never just a teacher; in addition, he was always a life-long student searching for answers. He considered discussions to be opportunities to expand views and to follow the will of God. For one so small in stature, his magnetic personality made him colossal. Eli's clear and dynamic guidance into Christian values affected the lives of countless others. He was deeply devoted to his family and friends, and he was a conscientious mentor of colleagues, students, and parishioners. As a result of the enduring legacy Eli left behind, his name will long be regarded with admiration and respect.

Eli was born May 17, 1938, in Perryton, TX, to Elbert Montgomery and Elsie Elizabeth (Howey) Borden.  Eli married Marian Oates June 10, 1961, in Balmorhea, TX. She preceded him in death. He later married Wilsie Sue Bilbrey on January 1, 1988, at the State Line Park between Hobbs, NM, and Seminole, TX.

Eli graduated from Wheeler High School. He went on to receive an AA Degree from Oklahoma Christian College, BSE Degree and MEd  Degree at Abilene Christian University, and PhD at International Bible College and Seminary.

Early in his teaching career, Eli taught English, drama, speech, and debate classes at Los Fresnos, TX, and Hobbs, NM. Eli spent the majority of his teaching career at New Mexico Junior College, 1970-1989, during which his debate teams achieved acclaim. Many weekends during his teaching career, he preached at the Church of Christ in Balmorhea, TX.
Upon retiring from NMJC, Eli accepted a full-time ministry position at Greenwood Church of Christ in Midland, TX. In 1996, Eli and Wilsie returned to Hobbs, NM, and Eli served as pulpit minister at Taylor Street Church of Christ. Eli eventually returned to teaching full-time as Professor of Speech and Bible, in addition to serving as debate coach, at College of the Southwest, NM, 2003-2005.

Once again retiring, Eli and Wilsie decided to restore a 1924 bungalow in Orofino, ID, where they made many wonderful friends.  In 2007, Eli exited retirement and became the pulpit minister at Central Church of Christ in Lufkin, TX.  After four years in Lufkin, friends at Hearne Church of Christ, TX, convinced him to take over full-time ministry there.
In 2011, upon retiring for the final time, Eli and Wilsie settled down in Graham, TX, and began attending Eastside Church of Christ - where, incidentally, Eli gave his very first sermon at age ten.

Among the many honors Eli received throughout his life was being named NMJC's Professor of the Year six different times over the span of his career, inclusion into the New Mexico Eminent Scholar program by the Governor's Commission on Higher Education, and recognition as Professor Emeritus by the New Mexico Junior College Board. In addition, he coached six collegiate speech teams to National Championships.

Eli's published books include The Death of the Beast, You Can Count on It, Job Meets Elihu, and 30 Thoughts to Ponder: Inspiration Series. In addition to traveling to present lectures related to those titles, Eli also composed Focus on Faith weekly newspaper articles for Hobbs News Sun and Greenwood Ranger, Midland, TX. He also composed and narrated Thoughts to Ponder, daily radio spots for KPER, Hobbs, NM. In addition, he presented communication seminars for civic groups and governmental agencies across the nation.

The family requests that friends and family share their condolences and memories on the Morrison Funeral Home website.

To send flowers to the family in memory of Eli Borden, please visit our flower store.
Send a Sympathy Card