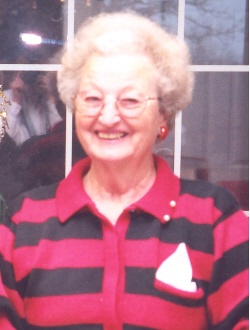 Elizabeth Virginia Black, 97, passed away Sunday, October 1, 2017 in Graham. A Graveside funeral will be held Saturday, October 7, 2017 at 10:30 a.m. in Memorial Park Cemetery in Amarillo, Texas. Arrangements are under the direction of Griggs-Schooler-Gordon Funeral Directors in Amarillo. A Memorial service will be Sunday at 2:00 p.m. in First United Methodist Church in Graham. Arrangements are under the direction of Morrison Funeral Home.

Virginia was born October 25, 1919 in Duke, Oklahoma to the late James Hiram and Nettie Hulga ( Eggers) Edwards. She married Wilburn Elvon Black, August 24, 1937 in Amarillo. He preceded her in death on June 16, 2001. Virginia was a member of First United Methodist Church Graham where she was active in Kum Duble Sunday School Class, United Methodist Women and the Samaritans. She had worked in the clothes closet for 12 years.

To send flowers to the family in memory of Elizabeth Virginia Black, please visit our flower store.