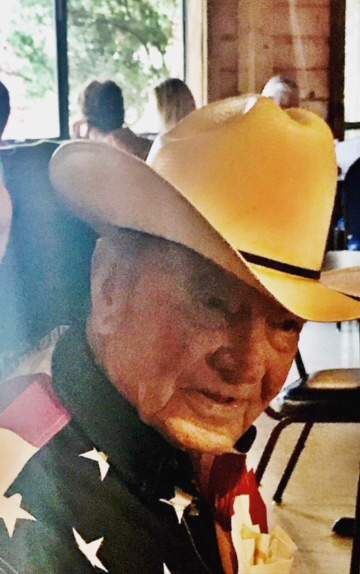 Cotton was born June 20, 1934 in Newcastle to the late Emory Peters Reynolds and Lillie Irene (Brogdon) Reynolds. He was the great grandson of pioneer citizens of Young County. His great grandfather, John C. Reynolds scouted land on the Brazos River near Fort Belknap in 1853, that was to become one of the largest headquarters for breeding race and thoroughbred horses in Texas. Cotton married Peggy Trimble, March 10, 1956 in Newcastle. He was a former co-owner of Lo-Peg Drilling, Grand Drilling, and Brazos Drilling Company and was a Rancher and Farmer in Young County most of his life. He was a member of First Baptist Church of Newcastle and the Masonic Lodge.

The family wants to thank the caregivers at Brookdale, Beyond Faith Hospice, Dr. Aaron Purdy, and Dr. Pete Brown for their love and care.

To send flowers to the family in memory of E.P. Cotton Reynolds, please visit our flower store.