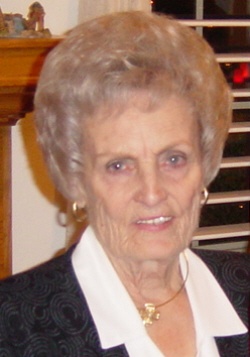 Frances Faye Brooks, 84, passed away Wednesday, September 13, 2017 in Plano. Graveside services will be held Saturday, September 16, 2017 at 2:00 p.m. in Brooks Cemetery in Young County under the direction of Morrison Funeral Home.

Faye was born October 31, 1932 in Brownfield to the late Clyde Vernon and Delma Frances (Williams) Owens. She married L.W. Brooks, Jr. August 17, 1965 in Las Vegas and he preceded her in death June 23, 2013. Faye was a longtime resident of Midland and Possum Kingdom Lake.

To send flowers to the family in memory of Frances Faye Brooks, please visit our flower store.