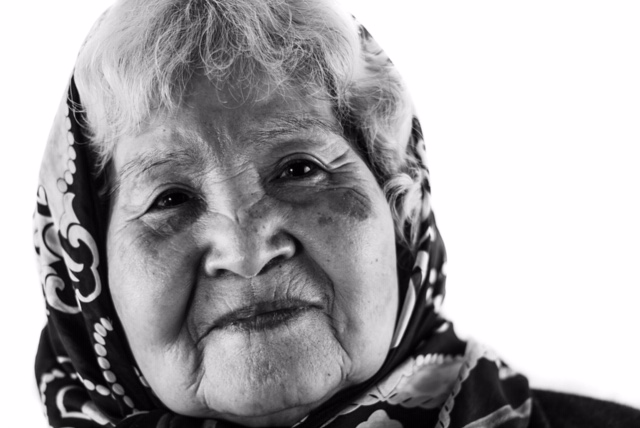 Fumiko Shiroma was born October 10, 1933 in Nakagusuku-son, Okinawa.  She was the second born of seven children to Seisho and Yoshi Shiroma. She attended school at Nakagusuku primary school until April, 1945, when during World War II, the Americans invaded Okinawa.  Fumiko and family had to flee their home. Her father was involved in the war and died in May 1945 and Fumiko’s older brother was involved in the fighting so she had to help her pregnant mother and 4 younger siblings escape amidst chaos and bombs.  After the war, she lived in a refugee camp with her family and many other Okinawans, Her youngest sister was born there and her younger brother died there. She remembers being so very hungry and Americans giving her candy.   Once released from the refugee camp, Fumiko attended Nakagusuku Junior High until 1949 when she began working at Rycom restaurant as a cashier, She then got a job at Ryukyu Central Exchange as a waitress where she worked for 5 years.  She met Okey Layfield who was stationed at Futenma army base.  While trying to help a girl friend meet Okey, Fumiko ended up dating him instead and married him on December 24, 1959.  She first set foot in the United States of America on January 4, 1960. They settled in his home town of Graham, Texas in 1960.  Fumiko’s strength was her work ethic.  Fumiko worked at Dairy King and then Mr. Fine’s sewing factory for many years while in Graham.  She was recognized at Mr. Fines with an award for not missing a single day of work in 15 years of employment.  In 1976 when Okey’s employer, Corse Music Company, burned down, Okey and Fumiko started Layfield’s Music where they sold records, 8 tracks, cassettes, musical instruments and car stereos.  They later added VHS video rentals which later became their main business.  Fumiko would work at Graham Magnetics to supplement the family’s income until the business was stable.  Even after Okey’s death in 1996, Fumiko continued operating her business until 2000 when she closed it permanently.  Fumiko had three children in four years -- Diana, Malinda and Gary -- and she found adjustment to American life challenging but she always found home to be her safety net and foundation.  While Okey was the creative spirit, Fumiko was the no nonsense business woman.  She was the financial wizard and quintessential recycle/repurpose expert in order to save money and keep the family afloat. Her motto was to get out of debt as quickly as possible and do without anything unnecessary or frivolous until debt-free.  Work, save, and work some more. Even though she was careful with money, she was also very generous, her children describe Fumiko as excruciatingly frugal, incredibly selfless, direct, hardworking, super camera shy, uber practical, never wasteful, reluctantly affectionate, tough when she has to be, unexpectedly sensitive, possessing a knack for numbers and money. She was a woman who worked tirelessly her whole life just so her children can have a better life.  She is missed already.

To send flowers to the family in memory of Fumiko Shiroma Layfield, please visit our flower store.