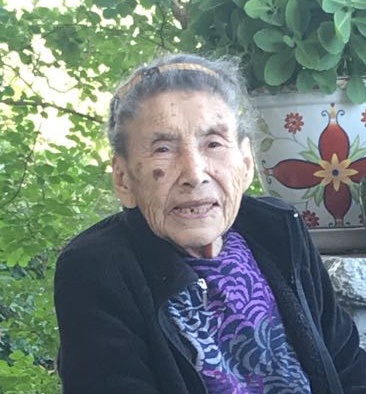 Genoveva was born January 4, 1925 in San Luis Potosi, Mexico to the late Maria Hernandez and Pedro Uribe.  She married Felipe Dearcos and he preceded her in death.  Genoveva would wake up every morning praising the Lord by reading her Bible.  She enjoyed knitting and raising her grandchildren.

She was preceded in death by grandchildren, Jaime and Rafael.

To send flowers to the family in memory of Genoveva Hernandez, please visit our flower store.