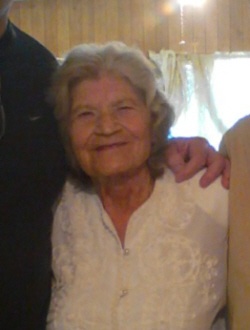 Gladys M. Orrell, 86, passed away Thursday, October 26, 2017 in Wichita Falls. A Graveside funeral will be held Sunday, October 29, 2017 at 3:00 p.m. in Pioneer Cemetery. Arrangements are under the direction of Morrison Funeral Home.

Gladys was born June 24, 1931 in Telephone, Texas to the late Bob and Myrtle Dosier. She was a longtime resident of Graham and a former employee of Hexcel Corporation. She was a member of the Baptist Church.

To send flowers to the family in memory of Gladys M. Orrell, please visit our flower store.