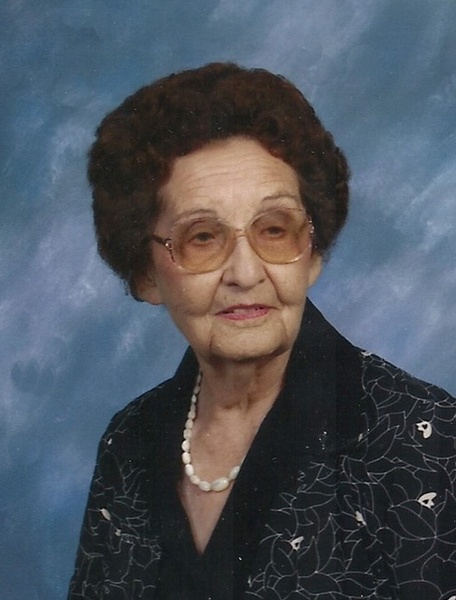 Gladys was born February 10, 1919 in Clarksville, Arkansas to the late Solon Lemley and Bessie Jane (Wilhelm) Brown.  She married H.E. Wimberley on October 26, 1934 in Crosbyton and he preceded her in death August 26, 1999.  H.E. and Gladys were engaged in farming in the Muleshoe area from 1934-1963 and in Vega from 1963-1970.  Gladys was in real estate sales and retired from Montgomery Ward.  She was a member of Faith Baptist Church, Wichita Falls.

To send flowers to the family in memory of Gladys Wimberley, please visit our flower store.