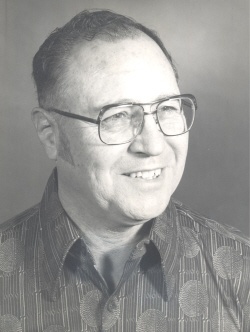 Harrell F. Ford, 95, of Graham, Texas passed away Saturday, January 7, 2017 in Graham.  A graveside funeral will be held Wednesday, January 11, 2017 at 2:00pm at Moore Memorial Gardens in Arlington, Texas.  Arrangements are under the direction of Morrison Funeral Home, Graham.

Harrell was born April 26, 1921 in Mena, Arkansas to the late John Hayden and Hettie Mae (Harrell) Ford.  He married Norma I. Fields, October 1, 1942 in Jacksboro, Texas.  She preceded him in death on August 9, 2009. Harrell was a retired employee of LTV where he worked as a sheet metal assembler.   He  moved to Graham in 1982 from Grand Prairie, Texas.  He was a veteran of the United States Army and a member of Memorial Christian Church.

Memorials may be made to Alzheimer's Research or Cystic Fibrosis Foundation.

To send flowers to the family in memory of Harrell F. Ford, please visit our flower store.
Send a Sympathy Card