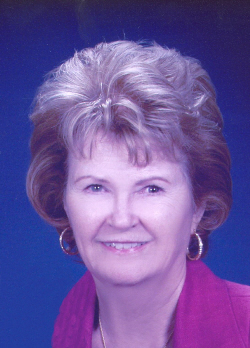 Helen Sue was born August 25, 1933 in Fort Worth, Texas to the late Joe D. and Helen Johnson. She graduated from Arlington Heights High School in Ft. Worth and received her Bachelors degree from The University of Texas in Austin in 1954.

Helen Sue was a teacher at Graham High School for 19 years. She later transitioned into being an artist and enjoyed many art workshops and travels with her friends. She attended church at First United Methodist Church in Graham and was active with the Emmaus and Samaritan groups, Stephen ministries as well as the High Questors Sunday school class which she had taught for many years. Helen Sue took great pride in residing on the family ranch with origins dating back to 1890's. She will be fondly remembered by her family and friends as a sweet, caring, and generous person. Two of her favorite charities to assist were Cowboyin' for the Kids and Labree Indian School.

She was preceded in death by her parents, her son: Gregg Allen Rogers, and 2 grandsons: Jacob Wade King and Franklin Holt Rogers.

To send flowers to the family in memory of Helen Sue Donnell, please visit our flower store.