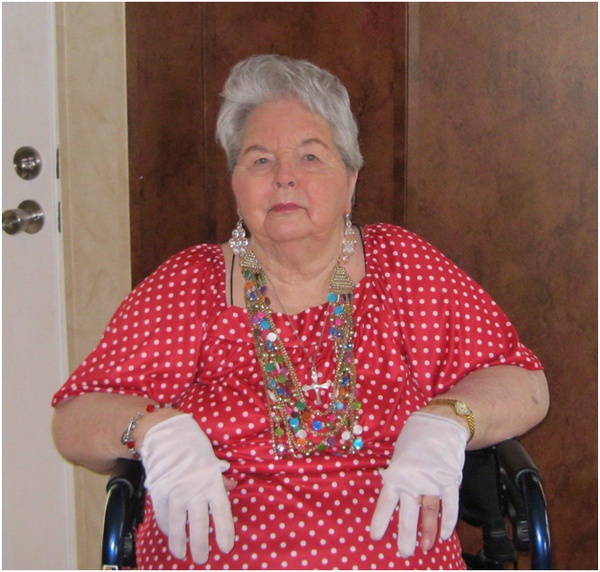 She was born in Hastings, Oklahoma on April 30, 1930 to the late Oliver Paul and Evamay Gillispie. She married Carl Colbert Taylor in Nocona, Texas on July 27, 1946 and he preceded her in death on May 14, 1990. She and Carl lived in north Texas around Burkburnett for several years when she was young. He worked in the oil fields around Burkburnett and she was a homemaker. They moved to Houston, Texas in 1970 and they moved to Graham in 1979 when she and husband purchased and operated the Ponderosa Mobile Home Park on Hwy 16 for several years. She and Carl retired in 1984. They bought a motorhome and traveled for several years. They enjoyed attending bluegrass music festivals and had many friends across the country. She moved to Conway, Arkansas to be close to her son and daughter-in-law in December 2014.

She was a kind, loving person her whole life and made hundreds of friends over the years. She loved her friends and family dearly. She was a member of Faith Baptist church in Graham and loved her church Most of all, however, she loved the Lord. She truly lived for Christ her entire life. She was saved at the age of seven years old. In a book of memories she kept, when writing about the day she was saved, she wrote “From that day on I knew I would go to heaven after I died”.

To send flowers to the family in memory of Helen Merline Taylor, please visit our flower store.