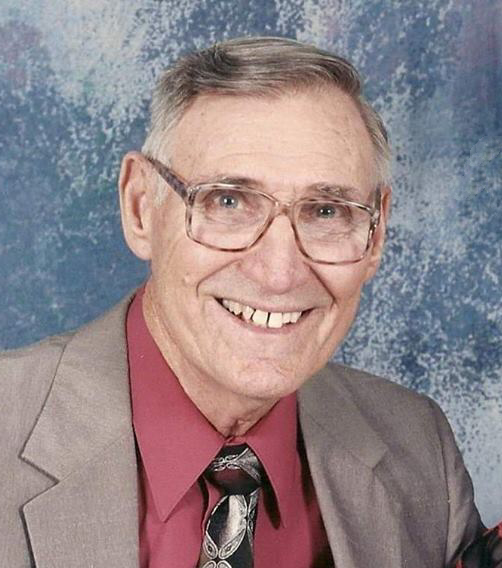 Howard Wade Gomillion, Sr., 91, passed on April 14, 2019 the Christian patriarch of this great family took his last breath peacefully with his wife of 65 years, Anna and his daughter by his side. He was at home where he wished to be when he passed and was surrounded by his family throughout his short illness. Funeral services will be Wednesday, April 17, 2019 at 11:00 a.m. in Faith Baptist Church. Burial will follow in Buffalo Springs Cemetery in Clay County under the direction of Morrison Funeral Home.

Howard was born June 9, 1927 in Sulpher Bluff to the late Ernest Wade and Ila Faye (Ward) Gomillion. He married Anna Mitchell November 30, 1953 in Bowie and he was a faithful member of Faith Baptist Church. Howard retired from Times Record News as a paper man after 37 years. He made the best pecan pies and the prettiest jewelry out of rocks he collected. After all he was a renowned rock hound. His favorite past times include trips to Ruidoso to get away from the Texas heat and attending every event he could of his grandkids including sporting events, band concerts, award ceremonies and performances at church. He was their biggest fan. He was PawPaw to a slew of grandkids, great grandkids, and great great grandkids and was adored by them all. A friend to many and he will be remembered for his uncanny sense of humor. He will be greatly missed but he left us with so many memories that we will cherish for a lifetime. We find comfort and peace knowing that he is with our Lord and Savior, Jesus Christ.

He was preceded in death by sons, Lacy Gomillion and Gary Gomillion.

Memorials may be made to Faith Baptist Church Missions.

To send flowers to the family in memory of Howard Wade Gomillion, Sr., please visit our flower store.
Send a Sympathy Card