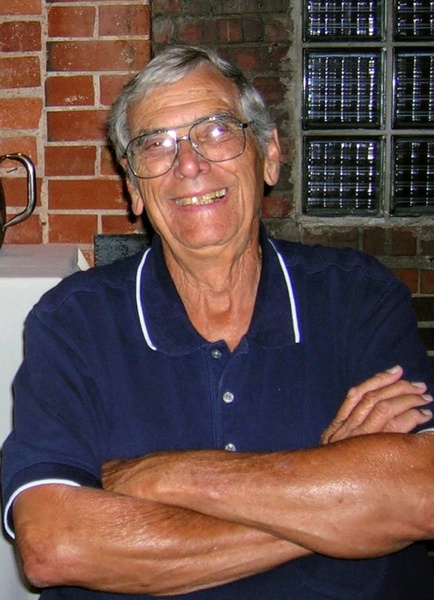 Hoyt Lee Cranfill passed away on Wednesday, the 24th of January 2018, at the age of 87. He was born on the 22nd of August, 1930, to Homer and Velma Cranfill in Colorado City, Texas. Hoyt was the oldest of four children, and is preceded in death by his parents and sister, Joann Cranfill Huff.

Hoyt worked for Mobil Oil and Transwestern Pipeline and in 1965 he went into full time ministry serving as minister for the Church of Christ. He preached and lived in the communities of Fort Sumner, NM, Anton, TX and Sunray, TX for a total of 15 years. Hoyt went on to work for Enron while they lived in Canadian, TX until early retirement. He moved to Lubbock and began working for Lawson Products and subsequently moved to Graham, Texas to finish his career and fully retire.

He is survived by his wife Betty Joy Brewton and his children, Amy Cranfill Rogers (Brian) and Sam (Cindy) Cranfill, grandchildren Brandy and Ashley Booth. His sisters Judy (Thearl) Nelson, Gaynell (Hadley) Hall, 12 nieces and nephews, and countless brothers and sisters in Christ.

Hoyt was an avid cyclist and belonged to the Lubbock Bicycle Club and won many medals in the Senior Olympics.

The funeral will be held at the Eastside Church of Christ, 705 Indiana Street, Graham, Texas on Saturday, January 27, 2018 at 2:00 pm. Burial will follow in Pioneer Cemetery under the direction of Morrison Funeral Home.

To send flowers to the family in memory of Hoyt Lee Cranfill, please visit our flower store.