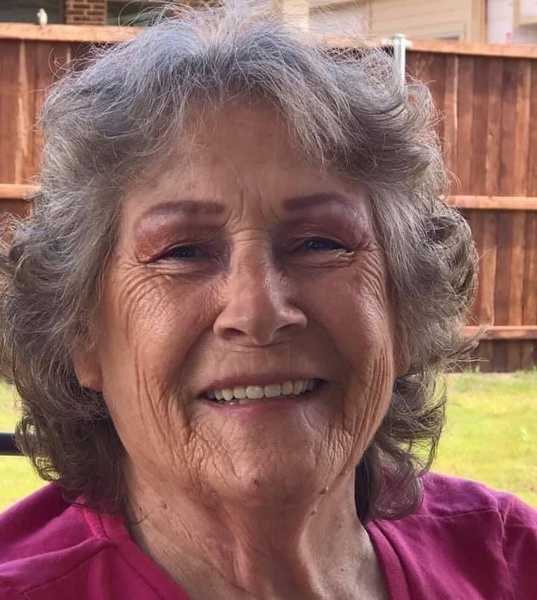 Irma Barrett, 77, passed away Tuesday, April 5, 2022 in Fort Worth.  Funeral will be 2:00 p.m. Tuesday, April 12, 2022 at Faith Center Church.  Burial will follow in Red Top Cemetery in Young County.  Arrangements are under the direction of Morrison Funeral Home.

Irma was born July 1, 1944 in Arlington, Texas to Maggie Thelma (Cole) Feemster and Otis Arter Feemster.  She moved to Graham in 1991 from Burleson.  She married David Barrett January 29, 1993 in Graham.  Irma was a former waitress and a member of Faith Center.  Irma was such a loving person to be around and always preaching the word of God.  She wanted everyone to know just how great he is, and there was no one who was going to change her mind.  If you knew Irma, you also knew her as Mawmaw.  The most caring and loving of them all.  She took pride in that name and never let a single one of us down.  She was Mawmaw to all, and would always give her life so everyone else could have a better one.  We will always remember her dancing, praising, and praying.  She will be deeply missed by all of us, and we take comfort in knowing that she is dancing, praising, and praying around God's throne in Heaven.

To send flowers to the family in memory of Irma Barrett, please visit our flower store.