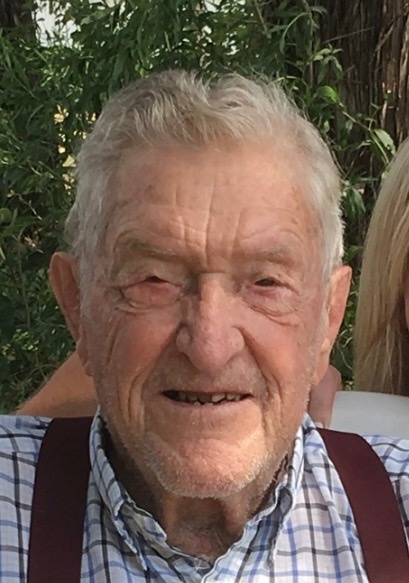 Jack was born July 25, 1925 in Pittsburgh, Kansas to the late Jeremiah Philip Swatzell and Lady Idalia DeMent. Jack served our country in WWII as a United States Navy Seabee before earning his degree in civil engineering from Texas A&M University, Class of '46. He married his “Prairie Flower”, Mary Frances “Frankie” Lenert on June 17, 1947 in Bryan, Texas. Together they had 3 beautiful children and a loving marriage of 61 years before she passed in 2008. Jack owned Swatzell Bros Concrete Contractors for 30 years with his older brother, Phil. In 1996, Jack and Frankie moved to Possum Kingdom Lake from Canyon, TX. It was here they enjoyed fishing together on PK Lake, happy hours with local friends, dancing at Fox Hollow Resort and annual 4th of July celebrations with their children and families.

Jack was a member of the First United Methodist Church of Graham and Graham Lions Club where he would look forward to working the Graham Carnival. His family and friends would describe him as a kind, loyal, patient family man that was a beautiful representation of the Greatest Generation. He was always spreading joy with his light hearted humor and spot on advice, all with a cigar in hand.

The Family will greet friends Saturday from 1:00 p.m. to service time at Morrison Funeral Home.

To send flowers to the family in memory of Jack Swatzell, please visit our flower store.
Send a Sympathy Card