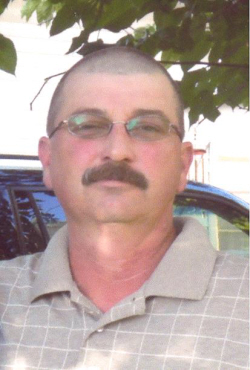 Harm England, 47, passed away Saturday, September 2, 2017 in Graham. A Graveside funeral will be held Thursday, September 7, 2017 at 11:00 a.m. in Pioneer Cemetery. Arrangements are under the direction of Morrison Funeral Home.

Harm was born February 8, 1970 in Tulare, CA. to the late Donald Gene England, Sr. and Patricia Kay Cowen England. He moved back to Graham in 2011 from California. Harm married Marion Smith May 10, 1997 in Graham. He was self employed in the construction business.

Family visitation will be Wednesday from 6:00 to 8:00 p.m. at Morrison Funeral Home.

To send flowers to the family in memory of James Harm England, please visit our flower store.
Send a Sympathy Card