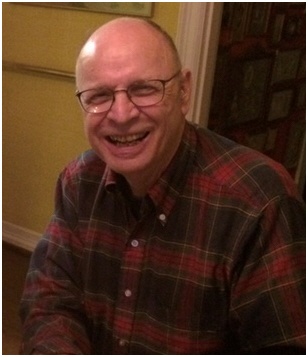 James Hugh Hefner passed away February 15, 2019 in Dallas due to complications of Parkinson’s disease. A graveside service will be held on Saturday, February 23, 2019 at 1:30pm at Oak Grove Cemetery. Arrangements are under the direction of Morrison Funeral Home.

James was born April 13, 1937 to H.A. and Dorothy Hefner in Port Arthur, Texas. After graduation from Graham High School, James graduated from North Texas State University. After college, James married Elizabeth Morrison Oates, and they settled in Dallas. They had two children, James Jr. and Finley. James went on to have a successful career in engineering at Collins Radio, Rockwell International, and Alcatel. In his free time, James enjoyed restoring classic cars, remodeling his family’s homes, and building furniture and toys for his grandchildren. He was an avid cyclist in his later years, leading cycling groups in the Dallas area. James is preceded in death by his sister Jean Webb, wife Elizabeth Hefner, and daughter Finley McDonald.

Family and friends will always remember the generous and kind spirit with which he treated everyone. He will be greatly missed as a father, grandfather, and friend. We were lucky to have him.

To send flowers to the family in memory of James Hugh Hefner, please visit our flower store.
Send a Sympathy Card