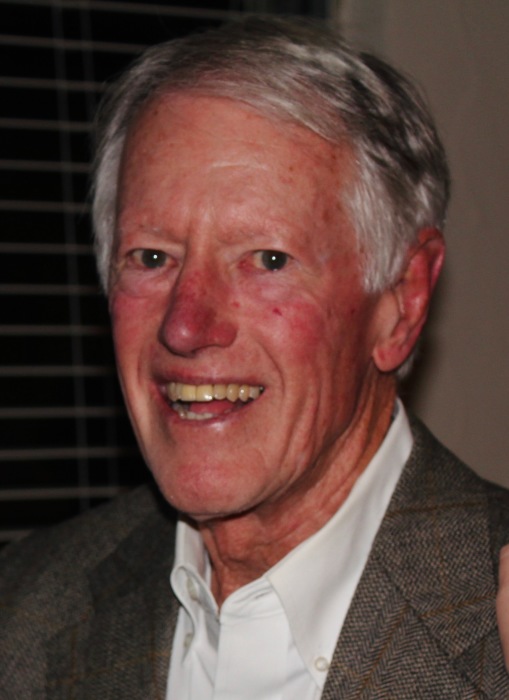 Jim was a graduate of Northwestern University in Chicago, IL where he received a BS in Industrial Engineering. Jim had 2 sons James (Jim) Rowland Laughlin IV and Jason Laughlin (Lisa).  James Rowland Laughlin IV resides in Golden City, Missouri and Jason in Durango, Co.  Jim had two loving siblings Robert Laughlin and Judy White.  Jim is also survived by three step daughters, four grandchildren and one great grandchild. Debra McDaniel Hornsby, Jenifer McDaniel Lopa (Allen) and Ashley Bradford Nicholas (Dustin). One of his biggest joys besides his children where his grandkids whom were Jacob Hornsby (25), Luke Hornsby (22), Lola Nicholas (12), Palmer Nicholas (5) and his great grandchild, Fitzergerald James Hornsby (2).  Jim was preceded in death by his parents.

Jim worked with such enthusiasm, dedication and pride for Illinois Tool Works as plant manager until retirement and continued to work as VP of Operations for Venamatic until his 2nd retirement.

Jim truly believed in living life to the fullest.  His motto was “Work hard, play hard.” He never missed an opportunity to play a tennis match, ride his bike, hit the slopes, go for a run, get on the lake to sail or leisurely boating which was usually followed by a swim. He believed in simple pleasures, taking in the outdoors and chatting with friends and family.  His love of working hard, playing hard, loving his family hard was his gift to the people around him.

Jim is survived by his wife, Ann whom he loved deeply and greatly till the end. For those of you that were touched by Jim’s zest for life, please consider making a donation to Community Church of Possum Kingdom.  Jim’s wishes were to be cremated followed by a Memorial (late summer or TBD).  Ann will spread his ashes amongst the places he loved, lakes, the mountains and the ocean so he can remain in the places he treasured most.

The family wishes to thank the Memory Care staff at Elmcroft for their loving care of Jim.

To send flowers to the family in memory of James "Jim" Rowland Laughlin, III, please visit our flower store.