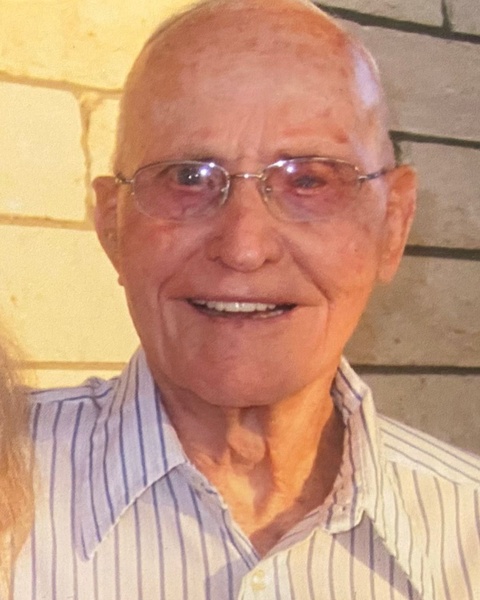 James was born on July 19, 1926 in Merkel, TX to James Osborn Joplin and Mary Jane (Riffe) Joplin. He married Anna Maxine Reedy in Archer City on December 31, 1945 and she preceded him in death on December 29, 2002. James served in the United States Army where he was stationed in Japan as a paratrooper. He later worked in the oil field. He was a lifetime resident of Young County. His grandkids and great grandkids were the joy of his life.

He was preceded in death by his parents; his wife, Maxine; daughter, Paula Joplin Nunley; daughter in law, Deborah Joplin; son in law, Gerry Nunley; along with 3 brothers and 3 sisters.

Memorials may be made in James’ name to a charity of your choice.

Visitation will be Monday 5-7 PM at Morrison Funeral Home Chapel.

To send flowers to the family in memory of James Wallace Joplin, please visit our flower store.
Send a Sympathy Card