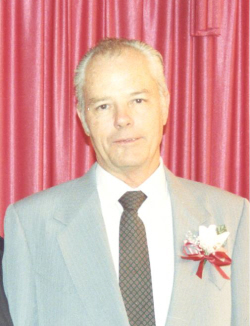 James E. Smith, 83, passed away Wednesday, April 12, 2017 in Weatherford.  Graveside services will be held Friday, April 14, 2017 at 2:00 p.m. in Oak Grove Cemetery.  Memorial services will follow at 3:00 p.m. at Morningside Baptist Church.  Arrangements are under the direction of Morrison Funeral Home.

James was born September 11, 1933 in Snyder to the late J.R. and Ocie (Beeman) Smith.  He married Waunita Austin July 6, 1967 in New Home.  He worked at GMI for 20 years as a supervisor in the coating department. James was a member of Morningside Baptist Church.

He was preceded in death by son, Robert Smith and brother, Mickey Smith.

To send flowers to the family in memory of James E. Smith, please visit our flower store.
Send a Sympathy Card