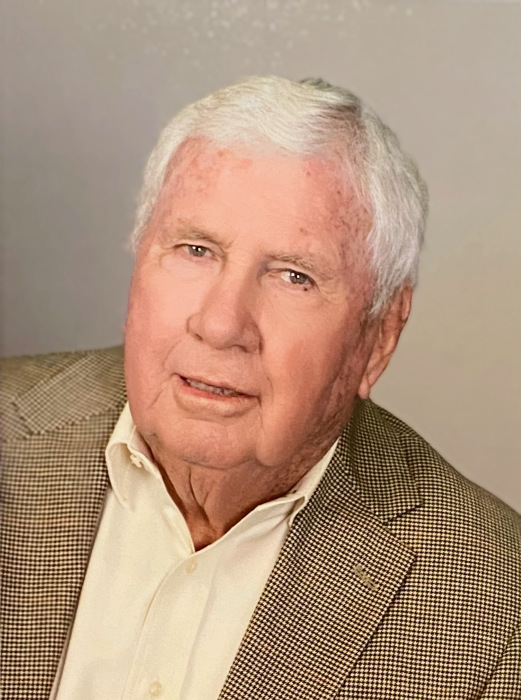 James Welton Martin, 87, passed away Monday, May 10, 2021 at his home at Lake Graham. A celebration of life service will be held at 12:30 PM, Saturday, May 15 at the First Baptist Church in Graham, Texas. Arrangements are under the direction of Morrison Funeral Home.

Welton was born February 1, 1934 in Eliasville, Texas, to Albert and Vela (Poindexter) Martin. He graduated from Graham High School in 1952 and went on to study and play basketball at Odessa College in Odessa, Texas. On May 5th, 1956, he married the love of his life Polly Sue Pearcy in Andrews, Texas. Welton was employed by several oil & gas exploration companies throughout his career but his major services came from Shell Oil where he retired after 30 years as the #1 Production Foreman in the United States; following that he worked for Endeavor Energy Resources in Midland, Texas and retired as a superintendent after 17 years. His final retirement years were spent at Lake Graham with his wife Polly and their family visiting and rejoicing. He enjoyed driving out to the land in Eliasville and tending his oldest son’s goats and other farm animals. He was also known around the town for visiting people and on a regular basis, always keeping up with his routinely schedules. He was a member of the Graham Country Club Golf Course and a member of the First Baptist Church. He enjoyed spending time with his children and grandchildren whenever he could.

He was preceded in death by his wife, Polly Sue Martin and a brother, Herbert Martin.

To send flowers to the family in memory of James Welton Martin, please visit our flower store.
Send a Sympathy Card