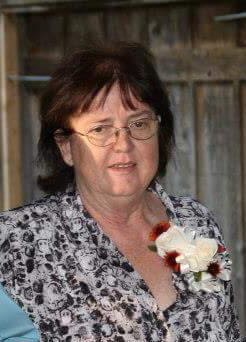 Janet Runay Sloan, 68, passed away Wednesday, January 24, 2018 in Newcastle. Funeral services will be held Sunday, January 28, 2018 at 2:00 p.m. in the First Baptist Church in Newcastle. Burial will follow in Wray Cemetery under the direction of Morrison Funeral Home.

Janet was born April 7, 1949 in Graham to the late Charlie Posie and Zona Marie (Elms) Sloan. She graduated from Newcastle High School and was a retired Paint Supervisor at TRC. Janet was an avid supporter of Newcastle Ladycats and Bobcats. She missed very few of the games even if no family members were playing and she had a certain seat that everyone knew not to take.

She was preceded in death by parents and sister, LaVerne Lowery.

Visitation will be held Saturday from 6 to 8 p.m. at the funeral home.

To send flowers to the family in memory of Janet Runay Sloan, please visit our flower store.
Send a Sympathy Card