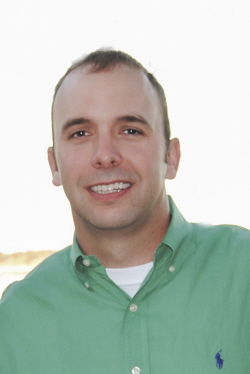 Jeffrey "Jeff" Miller, 38, of Graham, Texas died in a one car accident on Saturday, September 17, 2016 in Palo Pinto County. A memorial service will be held on Thursday, September 22, 2016 at 11:00 at First United Methodist Church in Graham following the family graveside service. Visitation for friends will be held at Morrison Funeral Home on Wednesday evening from 6:00-8:00. Arrangements are under the direction of Morrison Funeral Home in Graham.

Jeff was born August 20, 1978 in Graham, Texas. He graduated from Graham High School in 1996 and was a lifelong member of First United Methodist Church. He was a man of many talents. Jeff was an accomplished chef having graduated from Le Cordon Bleu College of Culinary Arts in Austin, Texas. He particularly enjoyed the opportunity to teach culinary arts at NCTC to budding high school chefs.

Another of Jeff's pleasures was his black Labrador dogs and time spent wakeboarding on Lake Graham and Possum Kingdom Lake. He enjoyed being around people, supporting the Graham Steers, college sports, especially the University of Texas, the Texas Rangers and Dallas Cowboys.

Jeff especially loved answering to "Uncle Jeff". He cherished spending time with his niece and nephews teaching wakeboarding, playing games, watching movies and most importantly loving them. Jeff leaves a lasting legacy of always showing kindness, compassion and gratitude towards others, especially his family. He was grateful to the many friends who mentored him through life's many trials.

Memorials may be made to Young County Humane Society or First United Methodist Church.

To send flowers to the family in memory of Jeff Miller, please visit our flower store.
Send a Sympathy Card